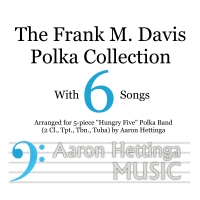 This downloadable PDF package contains a set of full scores and a set of folio-sized parts (2 songs per page) that are ready to go for your German band's Oktoberfest gig!

Also available individually as linked above